The No.11 (Fighter) Group Operations Room, housed in what is now known as the Battle of Britain Bunker on the former site of RAF Uxbridge, was responsible for planning and coordinating the air defence of London and South East England during the Second World War. As well as bearing the brunt of the Luftwaffe onslaught during the Battle of Britain, the Operations Room was in fact responsible for controlling fighter operations in the South East and over occupied Europe throughout the Second World War, including during the Dunkirk Evacuations and the Normandy Landings.

Today the room is shown exactly as it was on 15th September 1940, the day on which Winston Churchill visited and witnessed the conduct of the most significant day of the Battle of Britain. 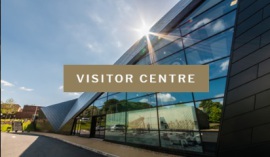 RAF Uxbridge closed in 2010 and ownership of the Bunker and its enclave transferred to the London Borough of Hillingdon in 2016. More information about the Bunker can be found at

Tours are given of the 1940s Bunker daily, seven days per week, and there is a contemporary and fully accessible Visitor Centre on the surface level.

There is a special schools programme that runs in term time.

Times and prices of the tours  (and details of how to book groups of 10 or more) are published at http://battleofbritainbunker.co.uk .

Find out how by contacting us at: